If you’ve ever been tempted to by-pass some of the more grinding superloots of WOW by utilising a bot, you might have to rethink your tactics.  Blizzard Entertainment have recently taken the step of closing down  around 100,000 accounts for six months, all of which were using bots to further their progression through the game .  They’ve also upped the ante by asking players to report anyone they suspect of “abusing a bot, exploit, or cheat.”….giving people the chance to boot out gamers who don’t follow their Terms of Use.

A conversation with an exasperated member of customer services – a Games Master as WOW calls them – was saved in a screen shot by a player.  It reveals that the company has just become aware of ‘several thousand’ incidents of bots being used by people to get the edge on other players.

So why do grown adults bother playing these epic online games if they’re just going to employ bots for the nitty gritty?  The problem is there’s so much repetition involved that many players turn to third-party programs to do the boring bits.   Taking part in seemingly endless Battlegrounds can boost your Honour and help you get hold of the best gear, but who really wants to be stuck repeating the same actions over and over?

Well, clearly not WOW players – one Reddit user has already explained that the ‘vast majority’ of players on an average battlefield are not controlled by a human player.  Instead a bot skips from spot to spot avoiding the automatic AFK (Away From Keyboard) system which throws off players who don’t participate.

One of the most popular third-party software producers involved is Honourbuddy, it can be used for many so called ‘farming’ tasks, and also combat scenes.   Battles dominated by bots look bizarre and are easily mistaken for glitches. Rather than randomly sparring, avatars zoom up and down the field in packs, ending up in almost identical fight sequences.   Honourbuddy has been extremely popular, but judging by forum comments it sharply divides opinion. 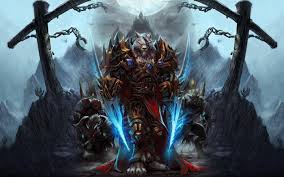 In the wake of WOWS sweeping bans, Honourbuddy has admitted defeat, apologised and even closed its Honourbuddy Authentication.  Apparently they never thought they were unbeatable, despite remaining in stealth mode since 2010.  Without a hint of bitterness, Honourbuddy also reckon that accounts were only suspended for 180 days, rather than being banned, because Blizzard has a new piece of WOW software up its sleeve which will be ready for release about then.