Beating off a host of other contenders, six video games have just been chosen to enter the World Video Game Hall of Fame for 2015.  Situated in The Strong, also known as the National Museum of Play, in Rochester, New York, there will now be a permanent exhibition to celebrate brilliance in video gaming.  This new hall of fame is aimed at recognising sustainability, influence and popularity that spans decades.  Here are this year’s gaming legends: 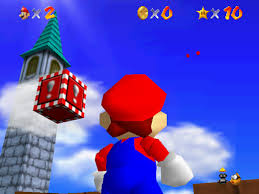 Mario made his first appearance in the arcade version of Donkey Kong, but with the release of Super Mario Bros in 1985 the dungaree loving character was soon propelled into the public eye independently.  He’s still loved as the cute, cuddly side of corporate Nintendo and has been featured on every console the Japanese company ever created.

Launched at the start of a new decade in 1980, Pac-Man became one of the first gaming icons to cross over into popular culture.  With a colourful maze, wobbly ghosts and highly addictive play, Pac-Man is a number one arcade game best-seller and continues to regularly pop up in new apps, gadgets and even homewares.

A simple game where you just have to keep that ball bouncing, Pong is an iconic superloot of the early gaming world.  Notable for being one of the first games people played from the comfort of their front room in the 1970’s, it soon made Atari a household name.

Chewing gum for the brain, Tetris emerged from the Soviet Union in 1984 and toured most of Eastern Europe before arriving in the West by 1987.  With a soundtrack inspired by Russian folk music and a reassuringly straightforward set of controls on the Game Boy version, Tetris soon became a multiplatform favourite throughout the world.

Boasting a massive 7 million subscribers, WOW is a phenomenon that gives players the chance to create a second online life amongst magical creatures and epic battles.  The massive landscape is constantly changing and players explore using an individualised avatar.

Bringing the notion of 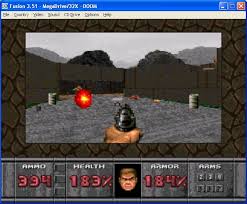 first-person shooter and multi-player action to international attention, DOOM crashed into the gaming world in 1993.  It’s relentless, eerie and grisly game play provided inspiration to a new generation of games designers, as well as outraging campaigners against video game violence.

If you’ve got a few suggestions of your own for next years inductees, don’t be shy!  Just get in touch with the museum and explain why your favourite game rocks by March 31st 2016.