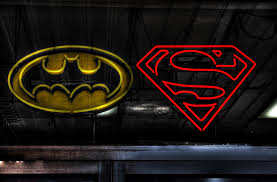 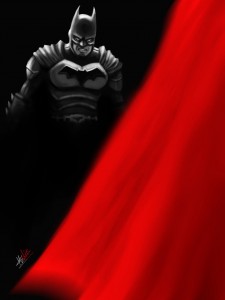 est trailer is anything to go by, the 2016 blockbuster Batman v Superman: Dawn of Justice is gearing up to be an epic film. Apparently its release was not planned, but rushed out in response to leaked footage – their loss is our gain.  So what did these three minutes of darkness, anguish and brawling tell us about the coming showdown?

According to the Twitter people, Comic–Con went wild for this intriguing trailer, giving the crew and cast a massive welcome as they took their seats. Apparently, the latest trailer for Guy Ritchie’s Man From Uncle reboot, starring the Man of Steel himself, Henry Cavill, was also well received, just with slightly less whooping.

As Superman and Zod slog it out above, destroying the city below, Bruce Wayne (Ben Affleck) rushes into the dust cloud of a falling sky scraper.  We see him protecting a child, while lying next to them, the battered remains of a Wayne Finance sign sits in the rubble.  When his eyes move from that to the demi-gods above, we know he’ll make someone pay for this carnage.

Superman may be getting a Messiah complex

Right from the start in Man of Steel (2013), Jor-El (Russell Crowe) makes it clear that his beloved Kal-El will be a ‘god’ to the puny inhabitants of earth.  Next, stepdad, Jonathan Kent (Kevin Costner) reinforces this, explaining: “When the world finds out what you can do, it’s gonna change everything; our… our beliefs, our notions of what it means to be human… everything.”  In this trailer, Lex Luther (Jesse Eisenberg), refers to the battle as “God Versus man”.

Zod’s corpse is on ice

And that’s just about all we know…..but the rumour mill has gone into overdrive.  It’s been speculated that Zod’s frozen body is stolen by Lex Luther, who plans to reanimate the dead warrior and use him against Superman.  Somewhere in the experiment, the ‘Doomsday genome’ is fired, reviving Zod to become the ancient Kryptonic monster.

Wonder Woman still has the Lasso of Truth! 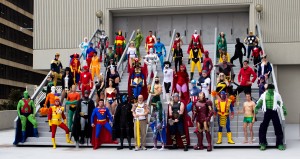 the belt of the Goddess Aphrodite, the Lasso of Truth was one of the most memorable things about the 1970’s TV series.  In the comics, Wonder Woman could use it to shield herself, fight an enemy and even communicated with it telepathically in the Super Friends series.