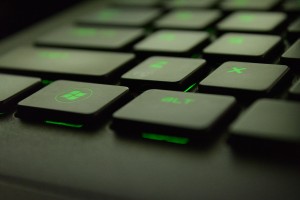 Every video game in your collection is created using millions of lines of code, so it’s not really that much of a surprise when the odd bug appears here and there.   Occasionally these are completely terrifying, some become likeable and familiar, while others just crack you up….here’s a selection of the latter.

Riding on the coattails of Grand Theft Auto, Watch Dogs immediately became known for its malfunctioning AI, skyrocketing cars and body popping dead bodies.   However, some players soon discovered a cool way to mess with the characters love lives as well, as if they needed anymore trauma.   It goes like this; if you see one of the numerous couples, who’re busy smooching in public, throw something from your collection at the girl.  Once she’s hit, she’ll run away, leaving her love struck boyfriend to carry on lovin’ all by himself, which he does, in a completely uninhibited way.

In this instalment of the classic series, your main man, Snake, has a bottomless pit of a stomach and virtually never stops eating. You keep him satisfied by pouring in any living creature you can find, from snakes, to frogs and even birds.  The interesting bit comes when he shovels down something that’s a little too rich, even for him, and starts hunching over chucking up white lumps of wildlife.  If you’ve got a mean streak, you can recreate the same feeling be visiting the menu and twirling the Snake model 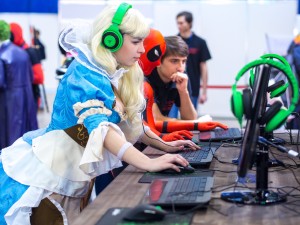 round and round – enjoy!  Some players have also come across a glitch, where he pukes continuously – great way to confuse the enemy.

Part of the coolness of Sleeping Dogs, is that you can choose whether you’re going to be a good or bad Hong Kong cop.  If you’re veering to the dark side, you might get a weird kind of pleasure out of kidnapping passersby, pushing them into a bathroom and forcing them to watch you pee.    It may sound like an elaborate set up, but it’s one of the simplest glitch inducers going.  This is what to do; open the door to your home, pounce on the nearest person and drag them all the way to your bathroom.  Then let them go and shut the door.   Once you start to pee, they’ll run around freaking out, crouch in terror and scream, but the one thing they’ll never do is open that door and leave.