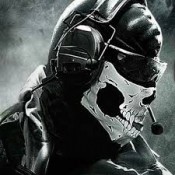 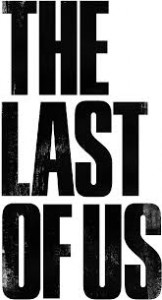 To people who don’t play video games it’s impossible to convey the emotional impact which the death of a character can have.  You’ve loved this person, fought with them, then watched as they grow and develop, only to lose them in a situation that’s usually out of your hands.  As frustrating as it is to watch helplessly as your comrade is wiped out in a cut scene, it all adds to the pathos and encourages you to come back even harder.  Here are three of gaming’s most emotional death sequences:

Call of Duty: Modern Warfare 2 – The deaths of Ghost and Roach

After a long, hard and bloody battle, Ghost and Roach are horribly betrayed by the person who sent them in to complete the mission, Colonel Shepard.   The double-crossing traitor completes his personal objective by shooting Roach first of all and then turning on Ghost, before having you both tossed into the brush.  They set fire to your corpses and through the flames we see Shepard and Makarov’s men walk off into the distance.

The Last of us – Joel’s daughter dies

As the first playable character in The Last of Us, Joel’s daughter, Sarah, is a funny and likeable teenager.  We form an attachment with her, because even if it’s just for a while, we’re put in her shoes. She jokes with Joel that his birthday present was bought with the money from ‘drugs, hard drugs’, before falling asleep watching TV.  Just hours later, we see Sarah on the run from the infected with her dad.  He escapes unharmed, but she’s shot by patrol guards and bleeds out in the car.  It’s a well acted and highly emotional scene. Her death means we identify with Joel all the more keenly throughout the game, because in some way we share in his sadness. 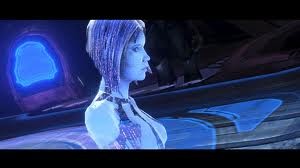 interactive AI, Cortana, cannot take much more.  After falling on her sword to save the life of her favourite Spartan, she begins to fade fast.  In their final conversation, he realises that she’s sacrificed herself for him and he pleads with her to stay, but it’s too late.  Back in the drop ship, a devastated Master Chief talks to his superior officer who admits he cannot know how the broken warrior is feeling.

On a mission to Mercy that’s sparked by the need for submarine fuel, Dom and his team find the city looking like a ghost town.  They are attacked by a woman who‘s infected by Imulsion before being ushered into a safe place by a group of human survivors.  After finding the tomb of his sister, Maria, and her children, Dom is reassured by knowing they are, at least, together.    Shortly after the entire group come under a massive Lambent attack, leaving them hopelessly outnumbered.  Rather than let his comrades die, Dom drives a truck through the tunnels, smashing it into a tanker and causing a huge explosion.  He eradicates the mutants, but dies in the process and his body is never recovered from the flames.  Marcus is left with the knife Dom gave him earlier and when the time comes, he uses it to stab Queen Myrrah to death.

Posted in Gaming and tagged emotional video game moments
← Real-life skills from the realms of SkyrimWhat did we learn from the new Batman v Superman: Dawn of Justice trailer? →