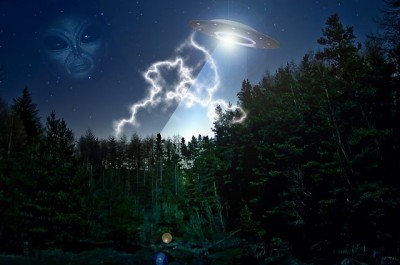 Some psychologists believe fans are drawn to terrifying film scenes for the same reason adrenaline junkies jump out of airplanes; they’re in it for the thrills.  So if you feel in need of a high-sensation shot in the arm, check out these gory sci-fi gems. 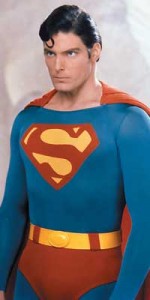 It’s arguably a kid’s film and not the best in the classic Superman series, but the third instalment is definitely watchable, even if it’s just for this one gruesome scene.   In a pretty contemporary twist, the villainous Ross Webster loses control of his super-computer when it becomes self-aware.   It drags his terrified sister inside a chamber, suffocating her with a metal face plate and ramming her soft human innards full of tech.  That’s freaky enough in itself, but the dead look in her ray gun eyes is the real killer.

Despite receiving plenty of scathing reviews, this 1993 sci-fi thriller has gone on to enjoy a DVD renaissance.  Part of the reason it’s achieved a cult status amongst UFO fans is the lurid depiction of an alien abduction that’s based on the real-life experience of Travis Walton, an American who disappeared for 5 days in 1975.  He claimed to have been subject to various abuses at the hands of three otherworldly creatures and the film contains an unflinching account of these.   A screaming Walton is shrink wrapped to a gurney with plastic sheeting, force-fed brown goo and has grisly stuff involving a drill, happen to his right eye-ball…don’t eat while watching.

Antique dealer, Paris P Ogilvie is always somewhat of an outcast compared with the other roughneck passengers

onboard the Hunter Gratzner and his death showed he was no team player.   As the vulnerable crew try to make it back to the ship carrying a power core and avoiding the hunger Bioraptors, he can’t stand the heat.  While muttering ‘this can’t be happening’, Paris yanks himself away from the group – destroying their only light source.    Moments later, he uses a zippo and booze from his hipflask to breathe fire and find his way.  The flickering light illuminates numerous Bioraptors and as the scene fades to black, we hear them slurp and crunch their way through his flesh.

Posted in Uncategorized
← What did we learn from the new Batman v Superman: Dawn of Justice trailer?Three hotly tipped game releases for 2016 →