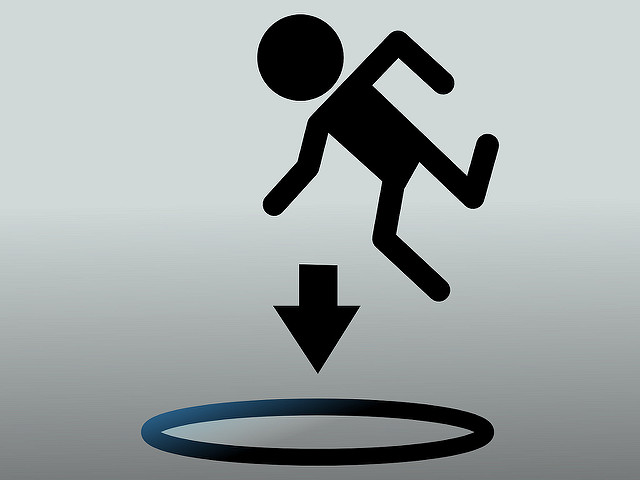 We don’t tend to expect humour from our video games – mainly because we’re too busy shooting people -but occasionally there are surprisingly funny elements hidden away.   As well as the scripted humour, developers throw in a few meaningful Easter Eggs that reference other games, but spotting them isn’t always easy.  Here’s a look at some of the more obscure entries.

If you’ve been playing the game as reformed, then unreformed gangster, Michael De Santa, you might have noticed he frequently yells “Daddys back bitches!” when he returns to his highly dysfunctional family home.  The line fits pretty well with De Santa’s hardcore character, but that’s not the main reason it’s in the game.  Players of Grand Theft Auto IV might remember it as the first line in the first mission, one that wouldn’t save if you used mods, meaning that line played out over and over – every time you loaded the game.  Basically, this is Rockstar trolling players with a little in joke.

Both released in the mid-2000s and both heavy on the zombie hoards, Dead Rising and Left 4Dead are otherwise very different gaming experiences.  Left 4 Dead is an atmospheric multiplayer game that demands your complete attention, whilst Dead Rising has a far more playful vibe.  However, the two have given each other a nod, in their achievements.  In Dead Rising the achievement, Zombie Genocider is triggered by killing 53,594 zombies – the exact population of Williamette, Colorado, where Dead Rising is set.  Two years later, Left 4 Dead upped the ante with their Zombie Genocidiest award, triggered by killing 53, 595 zombies – topping Dead Rising by one.

In a game that gives great comedy throughout, GLaDOS’ and her thinly veiled aggressive tendencies definitely provide the highlights, along with the Ikea-esque instructions pasted all over the walls throughout Aperture Labs.  Most are geared toward teaching you how to perfect the game’s quirky Portal Gun, which needs to be mastered before you can make your way out of the buildings more complex rooms.   It’s these that Grasshopper Manufacture picked up in their Shadows of the Damned game, with more terrifying versions that enable players to tear their enemies apart and then leave for another dimension.  As one character points out:  “You leave town for a few demon centuries and suddenly there’s all this amazing new technology when you get back!” Yeah right, and the helpful user-friendly signs will show any demons exactly how to use it.