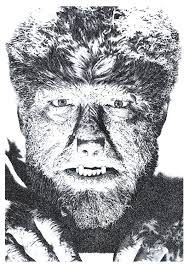 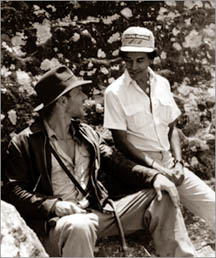 Sometimes films languish in development hell for so long that it’s hard to believe they’ll ever materialise on our screens – however many rumours get churned out.  Here are three tantalising titles which seem to be edging closer to the production stage…

With Star Wars: The Force Awakens ready to hit our screens later this month, Harrison Ford has been doing the rounds on US TV to promote the movie. As if we weren’t already excited enough about the return of Han, he was asked on a recent visit to Good Morning America about his other iconic character, Indiana Jones and gave the thumbs up to another outing for the swashbuckling archaeologist.   Ford said:  “I would love to do another Indiana Jones and work with Steven [Spielberg] again,” but he added, “If we get a script, I’d love to it.”  Naturally he couldn’t resist joking, “I’d love to see me do it before I turn 80.”  At one stage it looked like the part would be re-cast to a younger actor, like Chris Pratt maybe, but the producer Frank Marshal shot that idea down, explaining that Ford was irreplaceable.  Steven Spielberg has confirmed he’s onboard with the franchises 5th outing, so it’s just up to Disney and Lucasfilm to get the ball rolling.

If your memory of the classic 1941 lupine flick, The Wolfman has forever been tarnished by the 2010 effort starring Benicio Del Toro, then keep your fingers crossed for the more dedicated reboot due out in March 2018.  It’s part of a larger scheme to resurrect eac 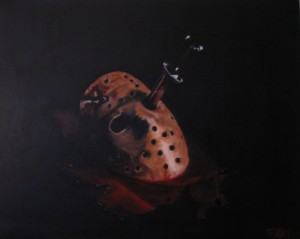 h of the classic movie monsters and the series will eventually include The Mummy, Frankenstein and The Invisible Man.   Tom Cruise is being touted to star in The Mummy and Universal, the company behind this revival, are hoping for a cineverse type feel to the films, just like Marvel.

Paramount bought the rights to the legendary Friday the 13th franchise quite a few years back, but until now they’ve
been struggling to find a direction for the 70’s slasher.  So far, producers have considered using a ‘found footage’ perspective, an epic 3D bloodbath and even a soap style TV series.  However, a recent report in Variety magazine names Aaron Guzikowski as the new screenwriter, who’s also being linked with The Wolfman (see above).  Paramount don’t have that many heavy hitting franchises, but if they breathe life into a cool new Jason Voorhees vehicle, that could all change.

Posted in Film, Uncategorized and tagged Friday the 13th, Indiana Jones, The Wolfman
← Five revolting fluids used as special effects in classic moviesGo the full 4k on your PC with these cool gaming titles →