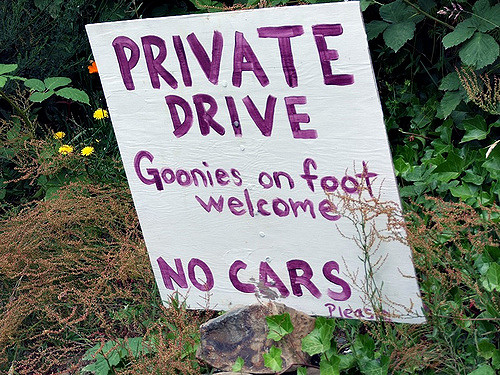 Film making can be a costly pastime, and from the script to the finished product there are many scenes which won’t make the grade.  This doesn’t mean the scenes are below par, as it’s more usually linked to time restraints.  Here are some of those that were never part of a cinematic release…

If you ever wondered why the finale of World War Z seems to sit uncomfortably with the rest of the film, then you spotted that this was a second choice ending.   Gerry was never meant to be left shuffling around a research lab, as in the original script he and Segan got to Russia and became part of the anti-zombie movement.  He took part in huge battles, then later found out his wife was living in the US and set off to find her.  Not a great end, but one that would have left the franchise open to sequels.  However, Paramount decided it was too bleak and instead went for a re-shoot of the final act, costing an eye watering $25 million.

In a long lost legendary scene, the Goonies shoot down a waterslide and meet a huge octopus in a lagoon at the bottom.  Data then shoves his Walkman into the kraken-like creatures mouth and they make their escape.  The sequence was added back by the Disney Channel, who also cut more scenes deemed to be too scary for their viewers.  It’s now part of the DVD extras and one clue remains in the final cut of the movie, right at the end when reporters are interviewing the Goonies.   We hear Data tell them: “The octopus was very scary!”, though at the time it feels just like typical teen bluster.

The time travelling plot of X-Men: Days of Future Past packs in a host of characters, but one at least seems to have most of her scenes relegated to the cutting room floor.  Rogue, played by Anna Paquin, spent a week filming several complex scenes with the film’s other alumni, Shawn Ashmore, Patrick Stewart and Ian McKellen, but as director Bryan Singer explained to Entertainment Weekly, the shots just didn’t make it. “Through the editing process, the sequence became extraneous…like many things in the editing process, it was an embarrassment of riches and it was just one of the things that had to go…”, he said.  Happily, 20th Century Fox recently released a Rogue cut of the film, with 17 more minutes of footage, including Paquin’s lost scenes.

Posted in Film and tagged deleted scenes, The Goonies, World War Z, X-Men: Days of Future Past
← The dream is over for Terminator 6 – Arnie won’t be backThree obscure gaming Easter Eggs that you probably would’ve missed →