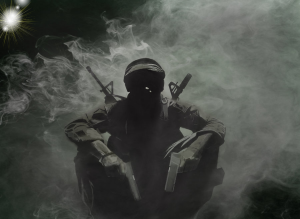 The world of comics is vast and not all its creations can become blockbuster hits on the scale of Superman or the Avengers. That doesn’t mean  the ones which passed largely unnoticed by mainstream audiences aren’t excellent. You might even be a fan of the original source material of some, so take a look at these lesser known adaptations – because Marvel and DC don’t own all the best stories y’know.

The Losers, 2010, directed by Sylvain White
As the original series in comic form is such a great read, you might have reservations about how it’s all going to turn out onscreen, but put those aside. When it was released this film sunk without trace, mainly because it went up against the A-Team reboot, but that’s an absolute travesty because you’ve got some elite superheroes in the making here. Idris Elba, Chris Evans and Zoe Saldana star as black ops veterans who’ve been done wrong and left for de 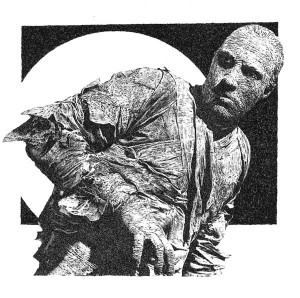 ad. Despite this being a revenge flick, there are plenty of laughs along the way and the cast look like they’re loving every second too.

The Extraordinary Adventures Of Adele Blanc Sec, 2010, directed by Luc Besson
The quirky director offers up his own slightly deranged interpretation of the Jaques Tardi comics, in the kind of feel good film we all need to see sometimes. Lurching from dinosaurs to mummies, and taking in telepathic powers along the way, this swashbuckling, ripping yarn is never dull. Louise Bourgoin is your heroine and there’s also an excellent supporting cast, with the likes of Gilles Lellouche as the Inspector and Nicolas Giraud as her would-be love interest.

If you’re a fan of Chinese comics printed in Cantonese, that’s Chinese manhua for short, then Black Mask is perfect for you. It’s based on the comic of the same name and stars Jet Li as Tsui Chick, (inexplicably dubbed as Simon for the US market) a quiet librarian who is in fact a secret super-soldier hiding out. When he discovers his old team are causing trouble for decent citizens, the mask goes on and we get plenty of classic Jet Li action. It’s the ideal vehicle for him, matched by sharp camera work and a breathtaking pace. You might recognise the work of Hong Kong director Tsui Hark who’s the producer here, his work includes The Killer(1989) and The Master(1989), both starring Jet Li, and the Van-Damme vehicles, Double Team (1997) and Knock off (1998).

Posted in Comics, Film and tagged Black Mask, The Extraordinary Adventures Of Adele Blanc Sec, The Losers
← Did you miss this? New Years film gossip round up…  Top three bizarre – and inanimate – movie killers →