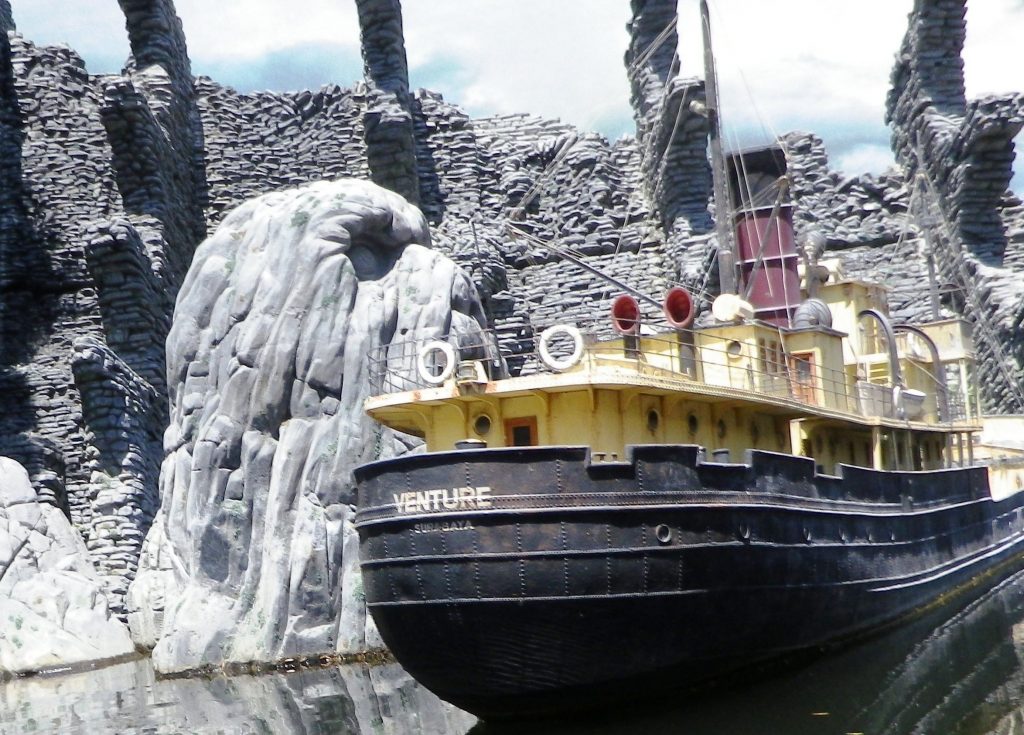 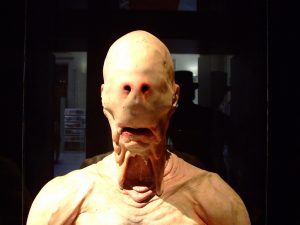 We all know that movies are massively expensive, but some visionary filmmakers are prepared to sacrifice a significant proportion of their budget on a cool monster that’s only on screen for one scene.  Despite having a brief shelf life these nightmarish creations tend to be what stays with us, long after the film has ended.  Here are three of the best from some masters of the horror genre…
Brundlefly, The Fly (1986)
David Cronenberg’s The Fly has lost nothing of its intensity and primal fear inducing imagery in the thirty years since it was first released.  The Fly takes a while to appear, as the film meanders through Seth Brundle’s lab, revealing his experiments in teleportation and relationship with Veronica (Geena Davis).  However, when Brundle uses his own body to prove his theories are plausible, a fly is in the telepod with him and he’s doomed to metamorphosis into a horrific combination of both species.   The ultimate reveal, showing his final form, is withheld until very near the end of the film, but it’s worth the wait.  During the scene Jeff Goldblum’s makeup is utterly astonishing – you can barely notice the switch between his twisted form and the point when the Brundlefly puppet is brought in for the final heart wrenching moments with Veronica.

In a film full of fantastic beasts, the Carnictis, an opportunist feeder that preys on the weak and wounded, stands out as one of the most grotesque.  With no eyes and no face, they are basically a stomach attached to a mouth full of pointed teeth.  When the crew of the Venture find themselves in a watery abyss, they are attacked by all sorts of primitive hostiles, and the Carnictis is one of those.  The ships cook, Lumpy (Andy Serkis) is the first to succumb, he goes down fighting but is eventually overwhelmed by numerous gaping mouths and is eaten head first.

Expertly played by the US actor and contortionist, Doug Jones, The Pale Man is a hellish vision of spite and miserliness, as he sits at a table heaving with food that no one is allowed to touch.  His thin body and folds of spare skin are gruesome enough, but when he feels around for his lost eyeballs, slots them in his palms and chases Ofelia (Ivana Baquero) out of his lair, it’s even more brilliantly disturbing.