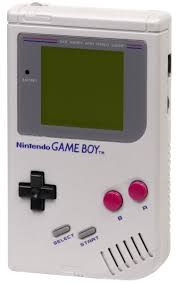 If you’re a fan of retr 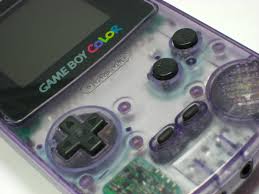 o gaming and you own a smartphone, you could be in for a treat.  The latest must-have gadget is a peripheral that the developers, Hyperkin, have dubbed the Smart Boy.  In essence its job is to transform your state of the art smartphone, which may contain the most technologically advance OS system to date, into a handheld console from the 1990’s.

The case is an exact replica of the bottom section of a classic Game Boy, you just slide your phone into the top slot and you’ve got a fully functioning mini-console.  To make the experience ultra authentic, the controls are identical.  You’ll have a total of four buttons which match up to the A and B buttons, plus start and select and an 8-way D pad – just like on the original.

The lack of complicated controls is a factor which draws many gamers back to retro consoles, so this aspect of the Smart Boy could attract more fans into the traditional gaming movement.

And there’s more good news… Rather than drain your phone battery, Hyperkin are including a separate power cell, so playing won’t be a drain on your device.  Better still, as you’re viewing the game play on a smartphone screen, the graphics are seriously upscaled. 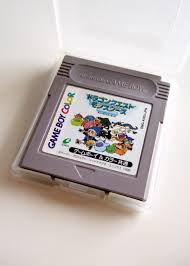 Somewhat less conveniently you’ll need genuine Game Boy cartridges to make it come to life.  Getting your hands on these may seem like an impossible quest, but eBay, car boot sales and even the sales pages on social network sites often sell this kind of memorabilia by the bucket load – it’s just a case of looking.

If you can find them there’s a huge library of games, ranging from platforms and shooters, to the addictive Tetris and childhood hero’s like Yoshi, Pokemon and The Mario Brothers.   However, it’s worth getting in there quick if the Smart Boy floats your boat.  Assuming this begins to catch on, the price of now redundant Game Boy games is going to rocket.

Fifteen years ago the Game Boy was almost universally loved; it was portable and packed an impressive amount of play into a small (for the time) machine. When hardware manufacturers Hyperkin announced this project on Reddit, by releasing a set of concept art illustrations, plenty of people thought it was an April fools gag and the jury’s still out on whether even they were 100% serious at the time.  Now though it’s in full production and has recently been joined by the Android Smart Boy, so no one feels like they’re missing out on the retro fever.

Could Nintendo shut the whole lot down in an instant?  Well it wouldn’t be the first time they resorted to legal action to protect their interests, but maybe because there’s no featured Nintendo logo on the Smart Boy, right now the lawyers are remaining quiet.

Posted in Gaming and tagged gameboy, nintendo, smart boy
← Four heroes of gaming you want on your side during an alien invasion…..Grand Theft Auto V straight to your PC →