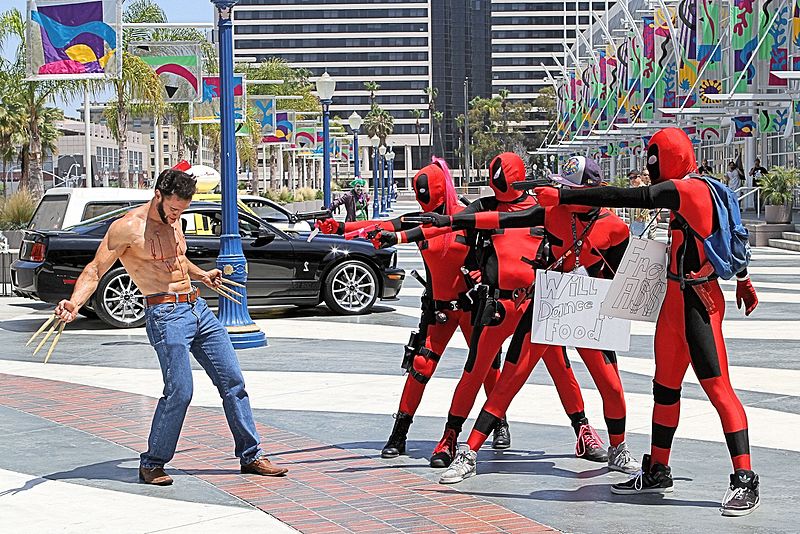 In Logan, the third and last of the Wolverine films, we get to see the clawed hero feeling his age a little.  His healing powers can barely keep up with the relentless damage his body is subjected to, and his friends have virtually all gone.  This is a time when mutants are reaching extinction, but there’s still some light at the end of the tunnel in the form of a new protégé for Wolverine, Laura.  She’s a lot like Logan, with many strange abilities and a familiar streak of savagery. He guards her from a gang of cyborgs known as Reavers, while teaching her more about controlling those killer instincts, and paving the way for a future of new X-Men.

Like many Marvel characters, the edges have been knocked off Laura for the film, but here’s what we know about the character.

Laura doesn’t have a surname in the film, but it’s generally thought that the character is X-23, or Laura Kinney, a mutant teenager with powers that mirror Logan’s.  She can heal herself from virtually any damage, track people using their scent as a guide and tune in to even the faintest noises.  Plus…claws.

But there are some differences…

Laura has two adamantium coated claws on each paw but another on each foot, which makes for some interesting fight sequences.  She has a range of martial arts moves which she uses in place of Logan’s brawler style punches, and like Black Widow; she’s a highly trained assassin.   Her traumatic upbringing has left her with another dangerous trait; exposure to a particular blend of pheromones causes her to fly into an uncontrollable rage.  In this state she’s likely to slay anyone close by, including the people she loves – making the scent a major fear for her.

So where does she come from?

During Logan’s internment, a corrupted sample of his DNA was collected.  Only the X chromosome was preserved, so it was used to create a female clone of Wolverine – Laura.  Logan is characteristically distant when he first meets Laura, but soon takes on a paternal role – and in the film she’s referred to as his daughter.  The dark pharmaceutical organisation, Transigen, implanted the DNA into a surrogate mother in order to create an army of super soldiers, but Laura was the only successful live birth out of 23 attempts.