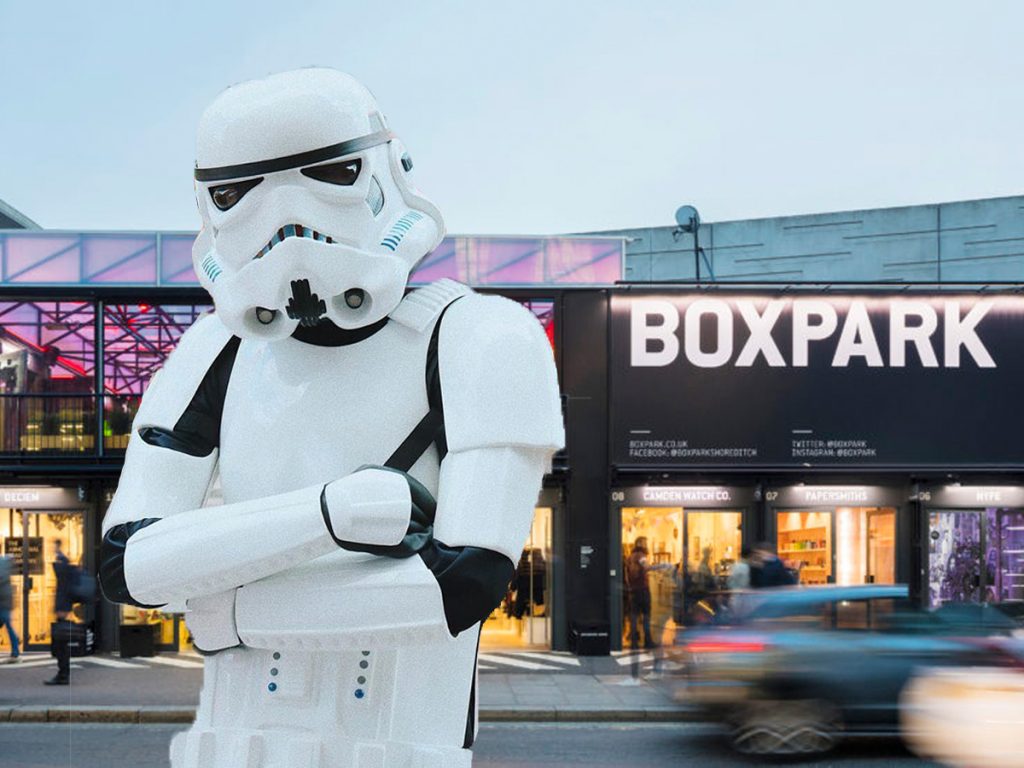 Original Stormtrooper is set to take over an area of Box Park in Shoreditch, London in full force this October to showcase a new range of Stormtrooper branded merchandise and exclusive products.

The 6-day pop-up shop event hits the ground running from Tuesday 22nd October to Sunday 27th October 2019, between 11 am – 7 pm – and our awesome Super Looters are all invited!

Meet the maker of the original Stormtrooper

Plus, you definitely don’t want to miss the late-night opening till 8 pm on Thursday as part of a special appearance from Andrew Ainsworth, who will be at the store from around 5pm for autograph signings.

Andrew Ainsworth of Shepperton Design Studios is the maker of the original Stormtrooper armour, who supplied George Lucas with the classic outfits featured in the first Star Wars movie. Andrew, who still makes his iconic suits and helmets from his Shepperton Studios, won a monumental ruling to use his Stormtrooper brand as the original producer. Andrew has been working with Golden Goose Licensing since 2015 and together with some great companies they have developed an iconic range of Original Stormtrooper branded merchandise. 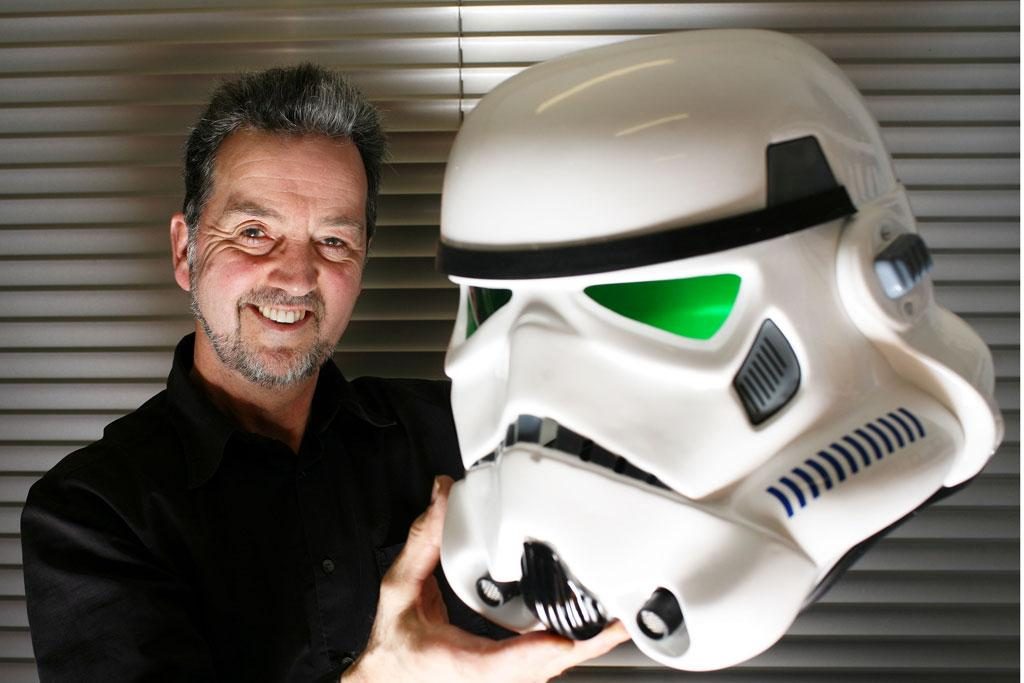 Andrew Ainsworth from Shepperton Studios, the original designer of the Stormtrooper costume featured in Star Wars

“We are excited about the future of the licensing programme. When we first worked on the Stormtrooper costumes for the first film in the series, we never dreamed that people would be buying products featuring our iconic design nearly 40 years later.” 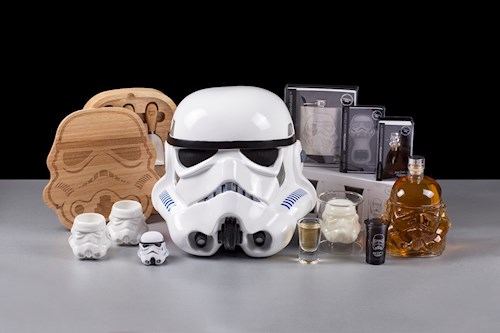 A sample of the growing range of Original Stormtrooper products already available across the UK.

Now you have the opportunity to see these and other brand new products before anyone else…. plus have the chance of meeting Andrew in the flesh. So, if you’re kicking around London from the 22nd October then pop in, check out the new products, pick up some epic goodies and say hello to the team.

Free merch up for grabs! – Register your interest in attending the event via the Facebook Event Page and receive details of free merchandise and giveaways throughout the week.

The Stormtrooper takeover doesn’t stop there, as part of this activity, Super Loot is proud to announce a collaboration to bring you the Original Stormtrooper Mystery Box for our upcoming Christmas box theme.  When we heard about Andrew’s story and the range of products being launched, we just had to get involved and run a Stormtrooper theme for our December pre-Christmas box. 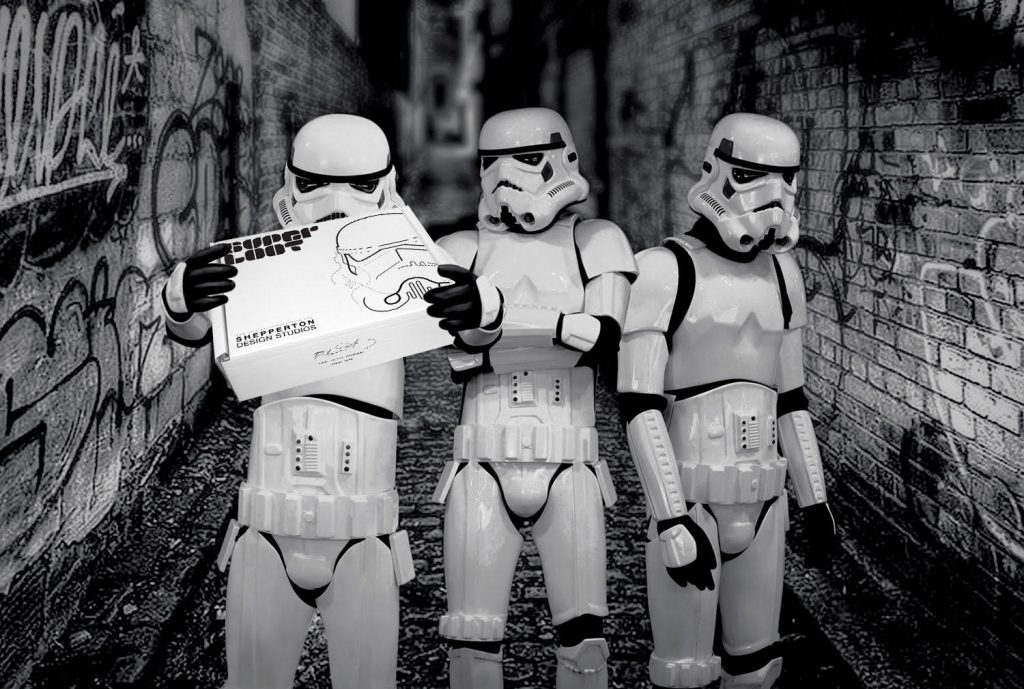 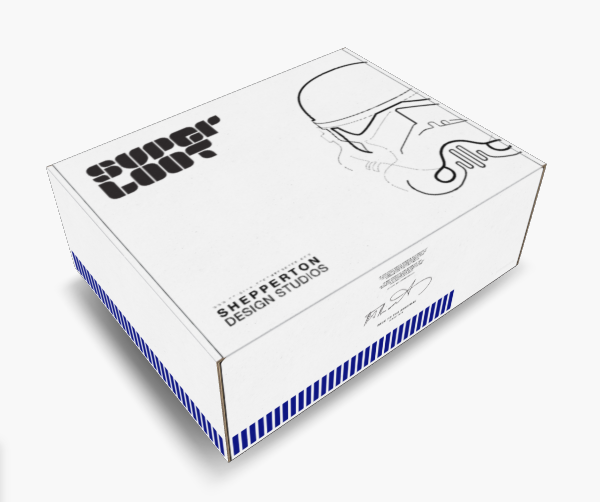 If you’re not already a Super Loot subscriber, then don’t worry, you can either sign up now or pre-order the Original Stormtrooper box here as a one-off gift. But act fast, as there’s a limited edition run of just 250 boxes, so pre-order now to secure your box for Christmas.

Thanks for reading and we look forward to seeing you at the event. Make sure to stop by and say hello as it’s always amazing to meet our Super Looters, plus don’t forget to share across your social circles to help promote this special event and partnership.

Register your interest via the Facebook Event Page to receive details of free merch on offer and giveaways throughout the week.

*Note: Late night 8pm close on Thursday 24th with special guest Andrew Ainsworth, who will be at the pop-up shop from around 5 pm.

BoxPark is a cool and quirky retail area with modern street-food and independent pop-up shops, so plenty more to check out as a part of your visit.

Posted in Company News, Events
← 4 things we learnt about Avengers EndgameThe 10 Most Anticipated Horror Movies of 2019 & Beyond →