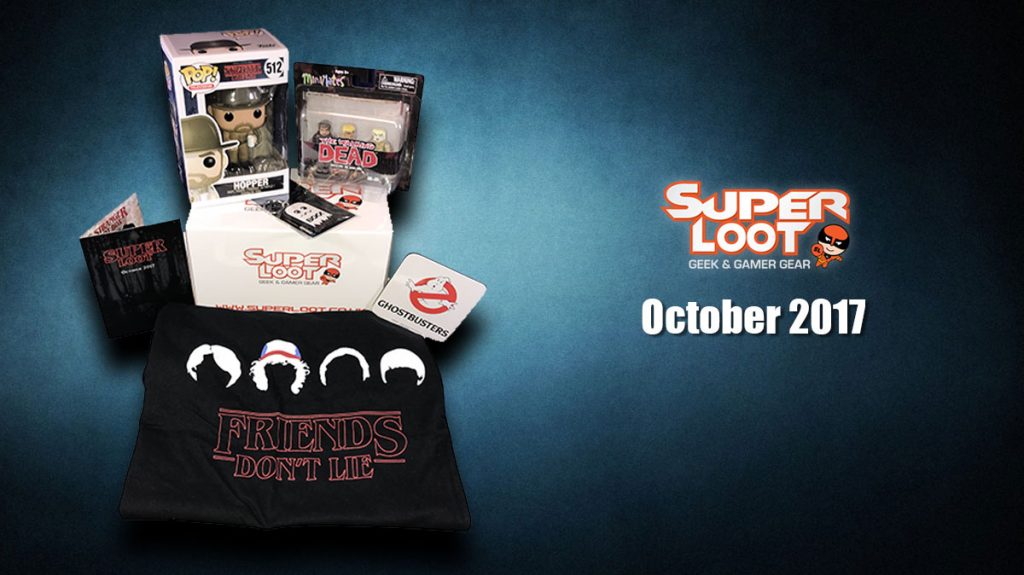 Stranger Things are happening and the Super Loot October Box is here and it is return of the POP!

From Stranger Things, Hopper with donut, as a stylized pop vinyl from Funko! figure stands 3 3/4 inches and comes in a window display box. 1 in 6 lucky SuperLooters will get the limited edition chase figure.

Mike and Eleven soon form a strong friendship which is solidified when they tell each other that ‘friends don’t lie’ which inspires this unofficial Stranger Things T-Shirt.

The newest series of Walking Dead Minimates is in the latest box, and this time it’s war! Featuring characters from more recent issues of the hit comic book series, get one off three different two-packs: Rick with Jesus, Negan with Dwight, and Marauder leader Chris with Zombie Holly.

Extras in this months box include the classic Ghostbusters logo coaster and Boo Key ring.