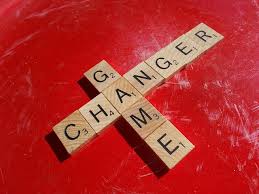 Despite Rock Star games taking legal action against the BBC back in May, it looks like the corporations long awaited GTA inspired drama, Game Changer, is go. A trailer featuring lots of angry people, court house steps scenes and Daniel Radcliffe’s impressive beard action was released recently. The 90 minute film looks set to be a pretty serious exploration of the intense interest surrounding GTA’s initial release and the outraged pearl clutching that followed.

The story follows events which unfolded from February 2003 onward, as US campaigner and attorney, John Thompson, played here by Bill Paxton, went on a personal crusade against various media outlets, condemning their depiction of fictional violence. Attention soon focused on gaming in particular and within the genre, GTA was singled out as public enemy number one. Thompson also offered his legal services to a number of teens who’d committed murder and subsequently offered a shaky ‘GTA made me do it’ style defence.

In one case, Thompson attempted to sue Take-Two Interactive – the games publisher, along with Sony, the makers of the PS2, to the tune of $246 million. He was unsuccessful, but ploughed on regardless, continuing to publically accuse video games makers of inciting violence until being disbarred in 2008.

Game Changer zooms in on the two men at the heart of it all, John Thompson and our unlikely anti-hero, Sam Houser (Daniel Radcliffe). As the founder of Rock Star Games and daddy of GTA you’d probably expect Houser to have emerged from the means streets of LA, but instead he came from a public school education in West London, determined to create ‘the world’s first truly adaptable hero’.

Although the BBC uses Rock Star logos and trademarks, the games developer has had no input into the film and 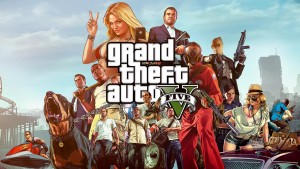 that led to the ongoing litigation, first launched in May 2015. Naturally, not knowing how their intellectual property was going to be used, or abused, by the BBC was a big problem for Rock Star who went on to denounce the film as an ‘unofficial depiction of purported events’.

Ironically, Game Changer was made as part of the BBC’s Make It Digital season, an initiative designed to inspire young coders and developers to become part of the industry – despite the bickering, stress and public humiliation involved. Assuming the ongoing litigation doesn’t shut the whole thing down beforehand; catch Game Changer at 9pm on 15th September.

Posted in Film, Gaming, Uncategorized and tagged BBC, Game Changer, GTA
← Whaaa? Three cool gaming twists that actually took us by surprise…Driving games that rock – race fans, you have to try these →