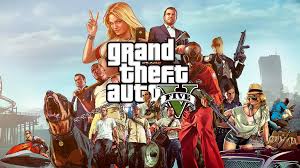 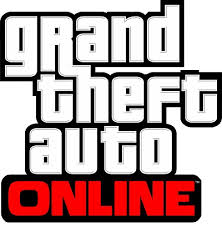 Grand Theft Auto V for the PC was released on 14th April, the action unfolds on the streets of sun-drenched Los Santos and it’s peopled by all the usual suspects.   This version has been a long time coming and expectations were high, especially after the developers, Rockstar, released a trailer on their YouTube account.   It plays in either First Person mode or Heist mode and players were able to call on mod support from the first day of its release.

With a massive 60 frames per second the loading screens don’t hang around forever and it feels far smoother when transitioning between cut-scenes and game play.  Lag has been an issue in the past with PC ports, especially when a cut-scene is dynamic and it’s all about to kick off, then instead of being in the thick of it you’re waiting five minutes for the load.   On the downside, you’ll probably need to make space on your hard drive because you need at least 65GB of storage, and check your download/data cap limits, because this is the kind of game that will max it out.

Some games were destined for just one device, but early reviews indicate that Rockstar have made an excellent bridge between the console and the PC.   Using a keyboard and a mouse is always going to feel vastly different to a dedicated peripheral, but attaching a controller makes it seamless.    Then there’s the photo realism, through a PC monitor gaming images have a crispness and vibrancy that’s hard to replicate, even on an HD TV.

There have been multiple patches to fix the inevitable bugs that pop up over all new games and players have mentioned having server issues, but the voice acting, the graphics and even the soundtrack make this version of Grand Theft Auto V great.   And that’s before you get deep enough to discover the programmer’s quirky Easter Eggs and player modifications. 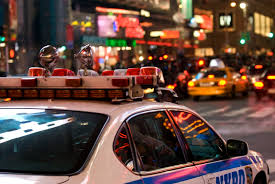 The online version was always going to be ripe for unofficial upgrades and already the modders have been busy boosting the Field of View for the first person, as it was far too low for most players.   Now we just sit back and wait for what else turns up on the forums.  Fans are already hoping to play as a cop, or Spiderman, cruise around in the Batmobile, or see how Los Santos residents deal with a shuffling zombie apocalypse – the possibilities are endless.