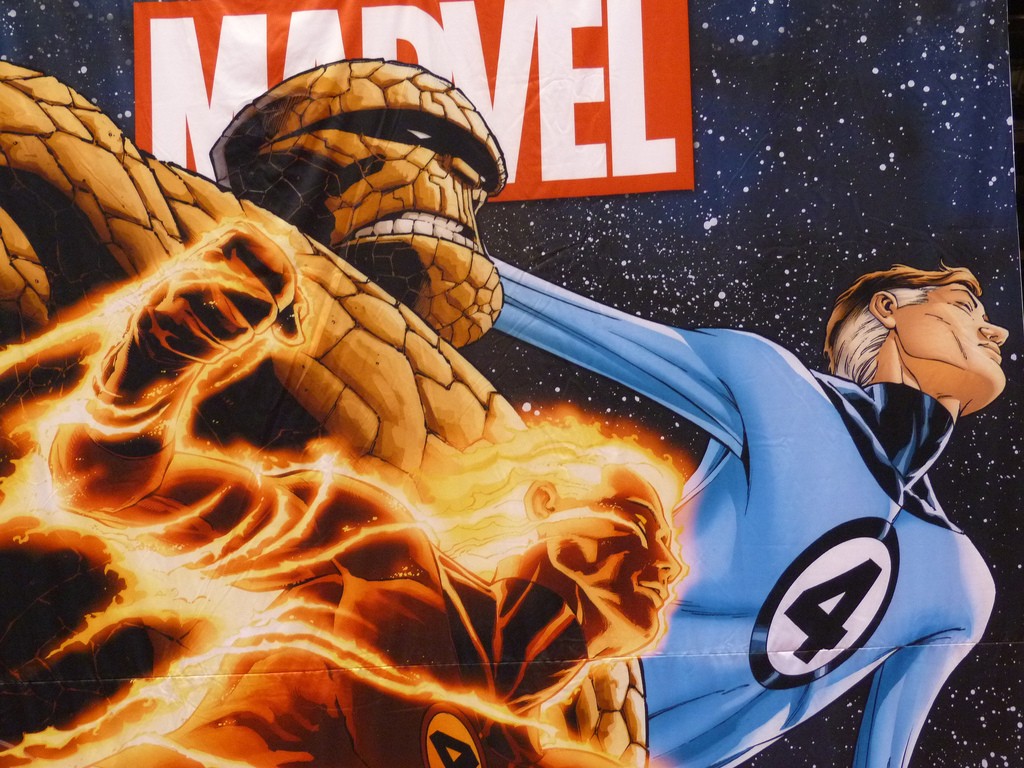 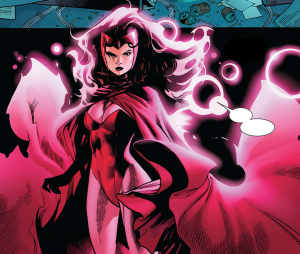 So far most fans are in agreement that the Marvel films are based very loosely on the comic narratives.   The main characters and many  Shield agents are inspired by the paper universe, but the sheer number of scenarios and possibilities suggested by weekly publications, means it’s almost impossible to repeat during 2 hours of screen time.  That said, every so often we get a taste of what might develop in the forthcoming storylines – like that poignant moment in The Winter Soldier when Bucky grabbed the Cap’s shield.  Here are two other teasers that we could see fleshed out soon.

The Scarlet Witch gets hooked up with the Vision

Mutant, reality altering witch, possibly out of control, seeks caped android with Infinity Stone – must love kids.  Strange as it may sound this is kinda what happened in the comics a while back and for a time it looked like they would have a family.   Yes, really.  The twin robot babies were soon written out of the story as one of Scarlet Witch’s mind spasms, but she wasn’t happy and it didn’t end well for Ant-Man or Hawkeye either.   For most of the second Avengers outing Scarlet Witch and Vision are pretty distant, but think about the final scenes.  He rescues her from the imploding city and as he does there’s that look which passes between them.   Will the writers drop the lovebomb?  We’ll have to see.

The earlier Fantastic Four films owed a lot to the 1960’s comic version of the story, but the 2015 incarnation decided to take a different path.  They veered more towards the Ultimate Universe, a more youthful version of the Marvel Universe where even crazier stuff happens.  In Ultimate, Reed Richards ends up losing the plot completely when he puts on a mind expanding helmet and decides to dissect the brain of Iron Man.  He goes on to create a city with an unusual concept of time, realises his civilisation is about to end and slices through space into the Marvel Universe, where his cocoa drinking alter ego lives.   It’s been suggested that Marvel could use this evil twin scenario as a way of rebooting the franchise, after the lukewarm reception of Fantastic Four 2015.   The producers don’t want to throw away everything they accomplished in the film, but a drastic new twist could get people interested again.

Posted in Comics, Film and tagged Marvel Universe, Ultimate Universe
← Star Wars: The Force Awakens – and so do the conspiracy theoriesAre you ready for Fallout 4? →