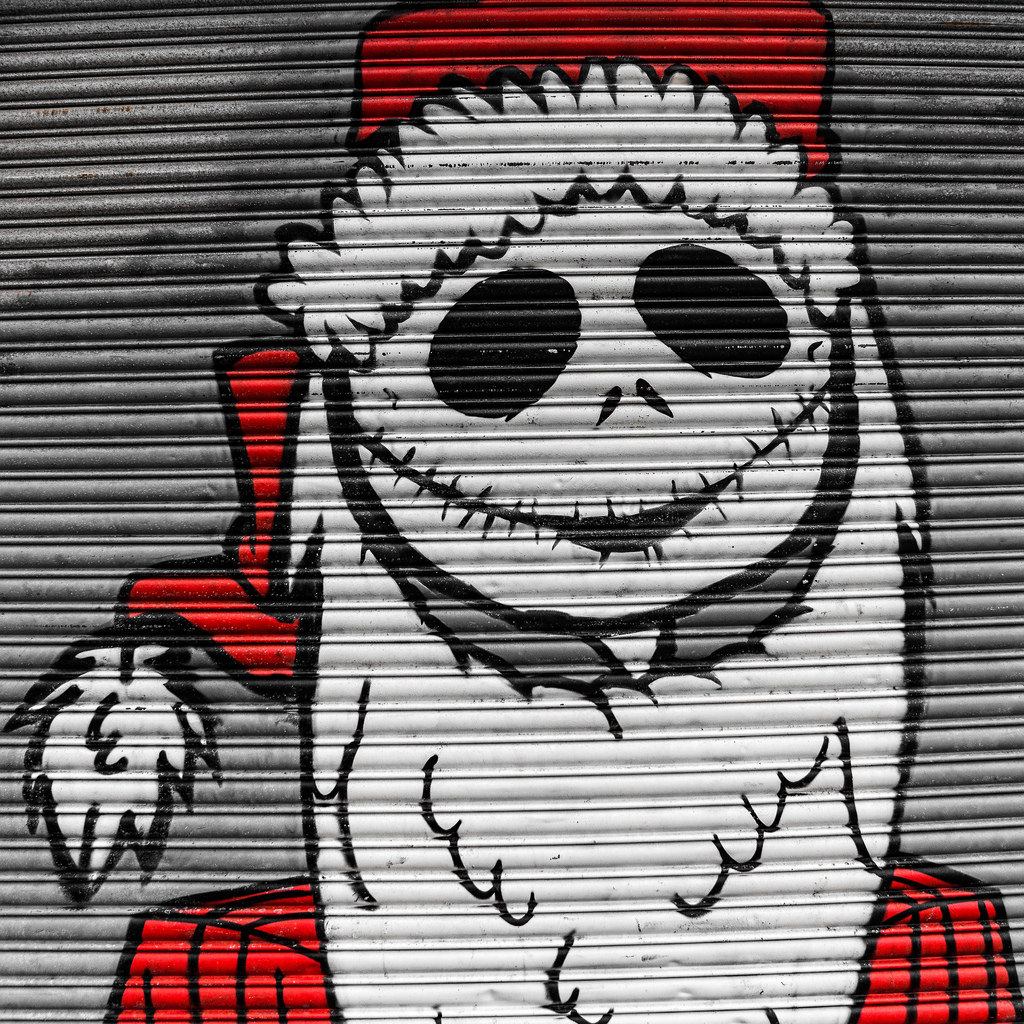 If you’ve had enough of It’s a Wonderful Life and reruns of Elf just aren’t getting you into the Christmas spirit, how about putting on one of these less obviously festive movies?

In Scott’s latest Alien based outing, the action unfolds during the Christmas period, not that you’d be aware of that for much of the film.  It might not be the ideal one to watch while digesting your turkey, but keep it on your holiday playlist just for the scene with a Christmas tree and a very drunk Idris Elba.

It’s Christmas in Edward’s hometown, but this only makes him feel even more alone and isolated from the more conventional residents of his average neighbourhood.  He was welcomed into the fold by a loving Avon lady, but when his weapon-like hands lead to a few misunderstandings, she throws him out at Christmas time.  The happy celebrations unfolding inside warm family homes is contrasted with the snowy outdoors perfectly, and anyone who’s ever felt like an outsider will be nodding sagely.

It’s Christmas and all the family are ready to celebrate…but what’s this?  The titular Great White has followed Ellen Brody to the Bahamas and kills her son when he’s out clearing a blockage around a buoy.  Built around the premise that a shark could follow the family hundreds of miles just to exact revenge, it’s pure fantasy.  Unsurprisingly, it’s often mentioned on lists of the worst films, but there’s a cool opening scene, a fun Christmasy vibe and a telepathic shark – so it can’t be all bad.

Children of Men is an allegorical tale about a baby which is protected against all costs, and may just go on to become the saviour of humankind.  Set in a future where infertility is the norm, an illegal immigrant is pregnant and comes to Britain, where the last functioning government keeps some kind of order.  However, she‘s forced to move from place to place to stay safe, before finally having the baby.  In the closing scenes, his unfamiliar cries overwhelm the soldiers sent to capture him, and provide an escape route.

Cynical and scathing, Gilliam’s futuristic homage to George Orwell’s 1984, is an enjoyable story about Christmas in Brazil.   Cute festive TV ads are juxtaposed against a society where commercialisation has reached a peak and relationships are overwhelmingly superficial.  The police state crushes individuality on the orders of its corporate overlords and Sam Lowry (Jonathan Price) tries to survive against the odds.

Posted in Film and tagged christmas films for sci fi fans, christmas movies for geeks, unusual christmas films
← What’s so scary about horror movies?Cool movie news you might have missed in the Christmas rush… →