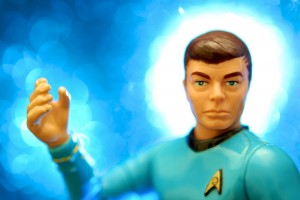 The third film in the successful Star Trek reboot series is about to hit the big screens, and now news of a fresh series is being mentioned.  It’ll be launched by CBS and managed by the creator of Pushing Daisies and Hannibal, and massive Trek fan, Bryan Fuller.  So far the details are sketchy, but there’s enough to be going on with.  Thirteen episodes are planned, along with new locations and characters; interestingly, the narrative will be continuous, with a story arc running throughout the shows.  The first six episodes are being written right now, so casting is Fuller’s next task.  If you’re interested he’s checking out new talent “through a colour-blind prism and gender-blind prism”, so if him a call if that’s you.

Deadpool producer Simon Kinberg is on track to work on the next Deadpool outing and has confirmed that the sequel will begin filming in early 2017.  We might have waited for ages for the first installment, but money talks in Hollywood and the massive spring hit has had Deadpool 2 greenlit in no time.  Naturally the fantastic Ryan Reynolds will be back in the star role, but luckily the creative engine behind the movies, director, Tim Miller and script writers Rhett Reese and Paul Wernick, along with Kinberg are all back.  We don’t know where shooting will take place, or exactly when, but industry insiders predict a 2018 release.

Mark Hamill may have just dropped a reveal in London

At an event in the UK capital staged by Big Issue magazine, Mark Hammill, who it turns out is a big Kinks fan, was 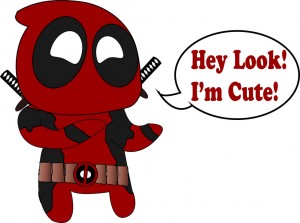 interviewed by Ray Davis from the band. The chat was quite brief, but at one point it seems that Hamill may have given away a little teaser about his future in Star Wars.  He was heard to say that: “I finish Episode VIII, and then I’m out of work”, which may possibly mean that Star Wars: Episode IX will take place without Luke Skywalker.   There’s no release date as yet for VIII, but Rian Johnson is just coming to the end of filming.  Although, we’re no closer to getting hold of any solid clues as to what’s going to happen, Johnson also scripted this outing so he may choose to take up from the exact point that The Force Awakens left off, of he may go for a story that opens a few years later.