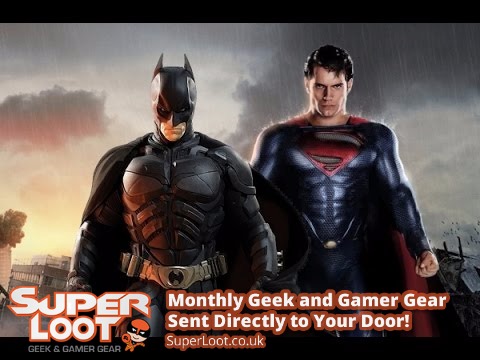 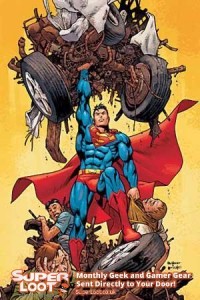 final trailer before the cinematic release of Batman v Superman: Dawn of Justice, aired recently, offering up very little new info on the story.  We know Batman and Superman have issues, that Wonder Woman will be turning up and Doomsday is our villain…but other than that Warner Bros have consistently been careful to give away very little about the films content, leaving fans to speculate on what to expect. The film will be released on 25th March in the UK, so there’s not long to go – let’s recap.

Are there remains of Krypton on earth?

On a recent visit to the Jimmy Kimmel show, Ben Affleck had a surprise up his sleeve in the shape of a small snippet from the movie.  Naturally, it revealed practically nothing but there was a hint at what we’ve all been thinking – the Bat uses kryptonite to control Superman’s power.  In the clip it’s clear that Superman is in control, but as it ends we see Batman fling something towards him which he catches.  Cut to the last trailer where Batman miraculously blocked a super punch and all our minds go in one direction…kryptonite…so is that how Gotham’s finest eventually 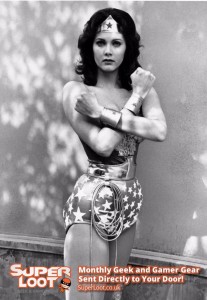 Created from the corpse of General Zod, this cinematic Doomsday is the result of Lex Luther’s experimentation with Kryptonian DNA, just like his comic counterpart was.  Lex wasn’t involved in that universe, but it’s worth noting that in the 1986 version of Superman, he did create Bizarro out of left over Kryptonian materials – and we all know how that ended.  No doubt it’ll be Doomsday who eventually unites our heroes and maybe even brings Wonder Woman into play – but in the comic universe he was also responsible for Superman’s murder.

Audiences gave Jesse Eisenberg mixed reviews when the trailers first emerged featuring his take on the iconic Lex Luther, with some people even comparing his shtick to Jim Carrey’s Edward Nygma routine in Batman Forever.  To be more generous you could compare him to a watered down Joker, but right now that’s not the most intriguing thing about his performance.  From the conversation he was having with Kent and Wayne, it seems he knows everything about their secret identities, playfully batting off-duty Superman in the chest as he tells the equally dressed-down Bat: “You should not pick a fight with this person.”