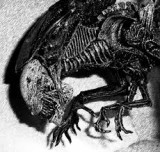 If you ever feel like going over your favourite film frame by frame, you’ll undoubtedly ferret out at least a couple of intentional items of weirdness.  These are in-jokes, esoteric references or just plain goofing around on the part of the film makers.  Here’s a list of four secret Easter Eggs to watch out for in future. 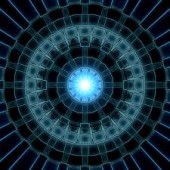 In the science-fiction classic, Tron, director Steven Lisberger includes a visual and audio reference to Pac-Man, a game released in Japan two years previously.  When Sark stands on the bridge of his battle cruiser perusing the schematics image and barking orders, take a look on the right hand side.  Did you see it?  Yep that’s right, Flynn has worked one of arcade gaming’s best loved characters into his program.   Pac-Man can be clearly seen chomping towards a series of yellow spots and the familiar soundtrack can just about be heard above the dialog.

Some directors are keen to pay homage their personal heroes onscreen, especially when the subject matter lends itself so well to a mention.  Tim Burton found the ideal opportunity when filming his darkly gothic re-boot version of Batman in 1989.  When reporter Alexander Knox is handed a drawing of Batman, cast your eye down to the unusual signature in the bottom left section.  It’sIt’s the signature of Bob Kane, the comic book artist who originally brought Batman into the world. Nice touch.

If you have the special edition of Aliens, you’ll get a chance to see a bragging Hudson (Bill Paxton) reels off an inventory of all the weapons on board.  It’s all pretty impressive, but when he gets to the “phased plasma pulse rifle” your ears might really prick up – especially since we only see the Marines using ballistic firearms.  Think you’ve heard of that special rifle before?  You have, in The Terminator – another Cameron classic – when Arnie strides into a gun shop demanding a “phased plasma rifle in the 40-watt range”.

The Matrix universe is rich in metaphor and allegory, so it’s not really surprising that Neo has a copy of 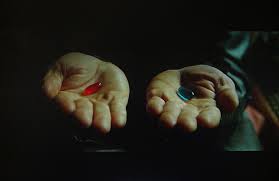 Simulacra and Simulation lying around.  He uses it to conceal the product (possibly illegal software), that he sells to his customer, Choi, at the beginning of the film.  The book was written by French sociologist and philosopher, Jean Baudrillard and published in 1981.  It deals with the relationship between reality and society, questioning whether lived experiences will one day be replaced by simulations. Sound familiar?