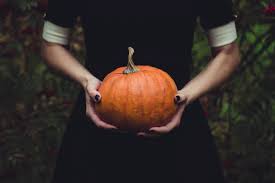 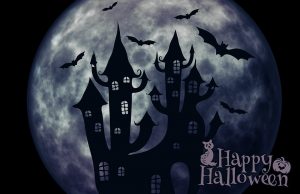 1.Halloween is so called because it falls on the eve of All Hallows Day.  This day was created by the Catholic Church in the 7th or 8th century to celebrate the numerous saints who didn’t already have their own special day.  The mass which took place became known as All Hallow Mass, a reference to the saints who were not already hallowed – or honoured as holy.

2.Coincidentally, or maybe not, this is also the date Pagans had been holding their Sabbat celebrations for many years. For them it was a chance to pay tribute to dead ancestors and mark a time of year when it was especially dark.  For Pagans, the nature of the festival made Sabbat a great time to contact the spirit world, as the barrier between the worlds of the living and the dead was at its thinnest.

3.In time the church holiday and the Pagan festival blended into one, and the night before became known as All Hallows Eve, or Halloween.

4.Samhain was not a malevolent god of death in Celtic mythology; it is a festival held to mark the 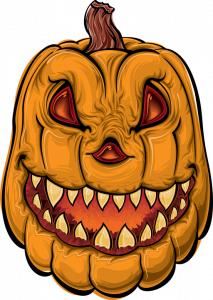 end of harvest time and was an important date for the ancient people of Ireland.   When the sunsets on Samhain, the Celtic New Year begins.

5.This time of year is associated with darkness, the death of fruitful crops and trees stripped of their leaves, the earth looks like its decaying.   Therefore it was believed that during Samhain a doorway to the underworld was opened and creatures from that realm could step into our world.

6.To protect themselves from these supernatural visitations Irish people wore terrifying costumes and carved turnips into contorted faces to scare away fairy folk.  It was thought that the best way to avoid being approached by a demon was to look just like one.  When the Irish began to settle in America, during the 19th century, the more readily available pumpkin replaced turnips.

7.Trick or treating is now a key part of the Halloween celebrations, but it too started off as part of the All Saints Day festival.  This was a time when the poor begged for food in exchange for saying a prayer for the dead.  Most households gave away Soul Cakes and the event became known as Souling.  Over time the practice died out, but it started making a comeback in the early 20th century.